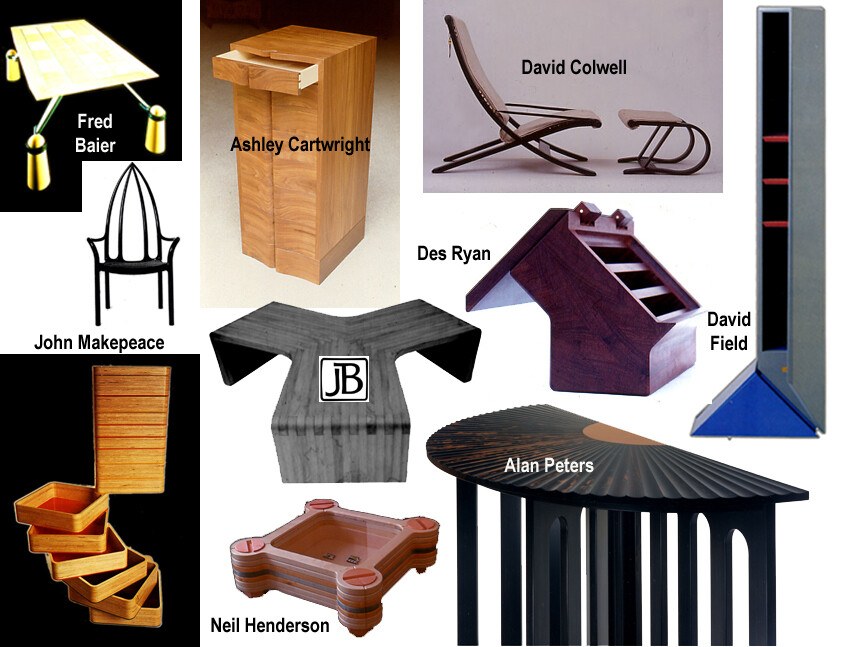 Furniture Today - Part 1 - Download. A unique historical documentary by Jeremy Broun who was amongst a handful of designer makers pioneering the 1970s British Craft Revival.

An original historical craft documentary that will be more important as time goes by. Intended for repeat viewings of large audiences at colleges and organisations.

Furniture Today Part 1 An inside story by Jeremy Broun, who was amongst a handful of pioneers of the 1970s Furniture Craft Revival. He uniquely documents this exciting ground breaking period, setting it against a historical backcloth of furniture dating back to the Magna Carta and covering the Milestones of Modern Design to focus on the designer maker revolution. This first part of a 3 part series leads up to the end of the 1970s.

Jeremy Broun (in 2003) gives a personal appraisal of Furniture Today ‘in context’ demonstrating that it is no ‘here today gone tomorrow fashion thing’ but a quiet and solid underground movement that has been going on for the past 30 years or so, with its roots deep in history. He challenges such prejudices that old cannot mix with new or that old is better than new.

From Magna Carta to Victoriana

A snapshot diagrammatic tour of English Period Furniture History from Gothic dug out chests through to the 18th Century Golden Age of furniture and to the vulgarity of mass produced Victorian design, putting the furniture of today in a historical context.

Jeremy Broun was one of a handful of pioneers of the 1970s British Craft Furniture Revival and gives a personal account. Makers include Rupert Williamson, Martin Grierson, David Field, Ashley Cartwright, David Colwell, Fred Baier, An interview with the crafts journalist/writer Peta Levi.

A brief profile of ‘The greatest living furniture designer maker today’ and his influence as an innovator and entrepreneur.

One of the few direct links with the Arts * Crafts Movement Peters is regarded as the craftsman’s craftsman. He talks to Jeremy Broun in 2005 (a clip from The Makers’ Maker).

A brief biography of the author and his passion for wood, design and music

What they said about the original lectures:

'An absolute must for anyone interested in modern furniture'.

Save this product for later
Display prices in: GBP